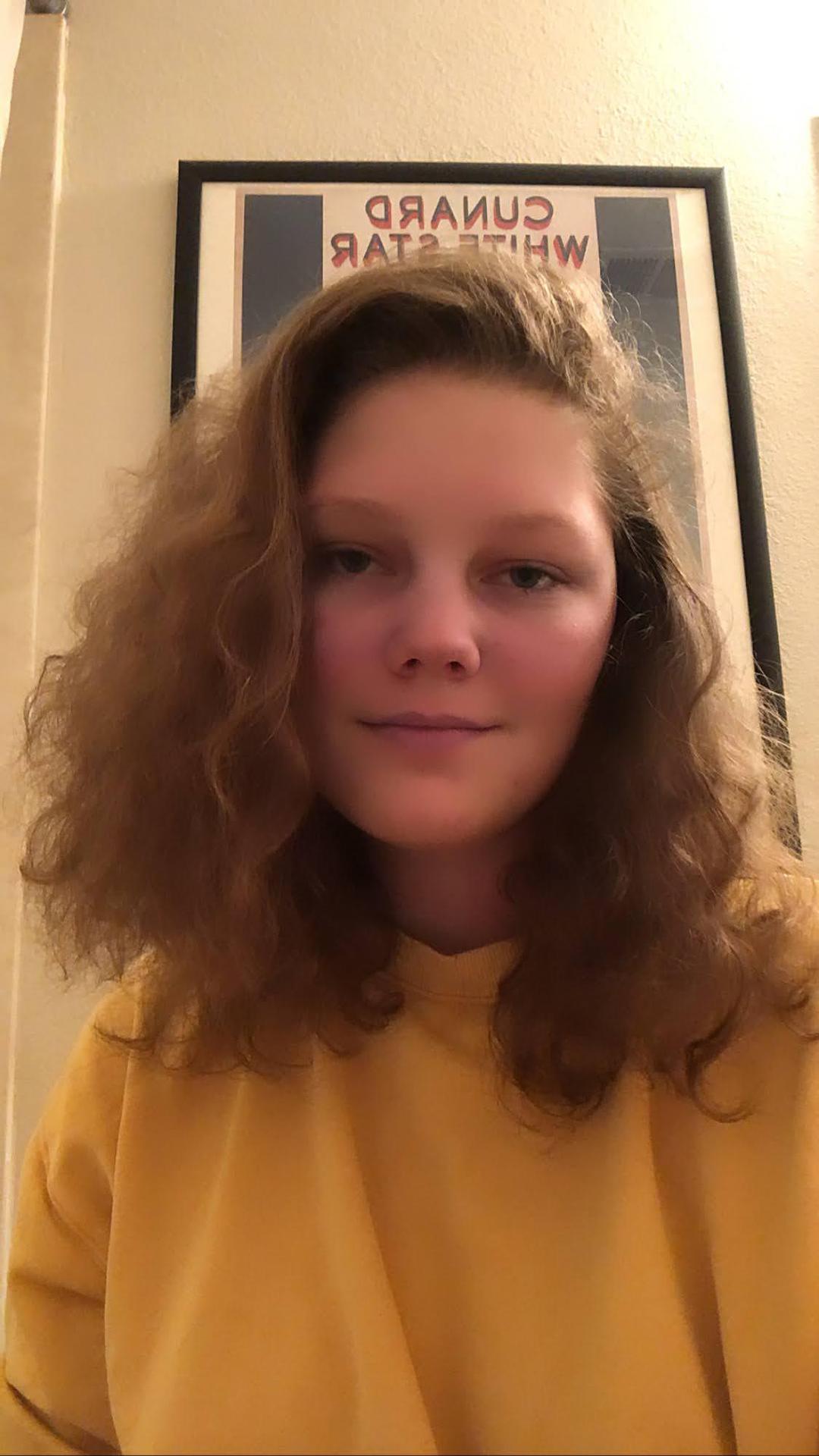 I have continued to work on a filling station for the robot, and have narrowed down the options. This process involved researching chemicals, materials, and more, experimenting with the robot, and compiling the information into a concise format. The original fill station for BreezyOne was built using a fast station pump, but the design was not thoroughly researched. Our goal was to improve that fill station design. The main variables in these experiments were the pump, the nozzle, and the chemical being pumped.

We tested four different chemicals and used water as a control. Each chemical has different properties; One acts the most like water, while the other chemicals have foaming agents, as well as other differences. However, it was quickly realized that foaming would be the biggest factor, affecting factors such as, but not limited to, fill time, fill level, the type of pump used, etc. Minimizing the foam was our biggest priority, but we also factored in cost, noise, ergonomics, speed variability, etc.

To find the best system, we tested four different pumps and six different nozzles. Each pump was tested with each nozzle, with a few exceptions. The procedure for these experiments was:

I am still working on compiling the data from these experiments and will be working on that throughout March.

Release of the Robots

The robots have been released. They have been built. And, some have been shipped off all over the country for demonstrations, or even to find their final home. Things went overwhelmingly well. Build with Robots and BreezyOne were even featured on the news!

However, since the robot’s release, the Mechanical Engineering team has been able to slow down a bit. As we get ready to start with another Breezy revision, we are learning a new CAD program called Fusion 360. Solidworks, specifically 3D experience, had eaten up time and resources, so I am helping to investigate new solutions for company-wide sharing of 3D models, drawings, etc.

Another project I am working on is a pump and filling station for BreezyOne. The current filling solution that is implemented now is hard to move from one 55 gallon drum to another, is top-heavy, and creates foam as it dispenses disinfectant into the robot. I have been able to work in-person a few times over the past couple of weeks, testing different pumps, nozzles, speeds, and more. But, more importantly, I have been able to spend some hands-on time with BreezyOne, something I have not been able to do until now. I sat with the robot for hours, asking questions on how it worked, taking it apart and putting it back together. It is an extremely clever design, and I am grateful I have had the opportunity to work with the people that built it

DISCLAIMER: I have signed a non-disclosure agreement; therefore, I cannot give out details about the projects I am working on. I will speak in loose terms, giving very high-level explanations of my accomplishments.

The team at Build with Robots is getting close to releasing the second version of their disinfecting robot, so final tweaks and revisions are being made. For the last part of November, I have been working on redlines. Redlines are corrections that need to be made; the mechanical team will hand drawings off to the production team and will get them back marked up, suggesting what needs to be changed, adapted, or fixed. That being said, I am not only working with the models, editing their components and making adjustments, but I am also editing the drawings. I have not played with drawings very much. I have used them to map out design in Fusion 360 many times, but I have not dug deeply into Solidwork’s drawing system. This is an opportunity to learn more about Solidworks and become familiar with the verbiage used to communicate between teams.

I have also continued to 3D print prototype parts. I have been working with the gasket, mainly; however, I also printed a fix for the first ten robots. A mistake was made in the sheet metal that holds all of the electronics, and a hole for a connector had the incorrect dimensions. I was tasked with modeling a part to remedy this situation and was able to design an easily installable, 3D printed fix.

Finally, 3D Experience has been giving everyone trouble again. The best way to explain how terrible this program can be sometimes is this: my boss, an engineer who has been using Solidworks 1995, is thinking about giving up the program for a modeling software with a better cloud-based system. It is drastic, but here we are. So, I am in charge of researching other modeling programs and figuring out how their cloud-based systems work as well as how we would go about transferring Solidworks models to a different platform. I have been focusing on Fusion 360, as they have a reliable cloud-based system, and I am researching their program in detail. I will put together a presentation and my boss will decide whether or not we will switch next year.

I have continued my work at Build With Robots, and I am learning lots. Firstly, I have been given the role of simplifying models that bog down the system, have bad geometry, etc. That being said, I look at the complex model as well as data sheets and other drawings to create a new, simple model. That model replaces the old one, limiting load times, decreasing chances of crashing, and other quality of life improvements.

I have also been using my 3D printer to prototype parts. The outer shell of the robot covers the foggers, and has cutouts at the nose of the foggers to release the disinfectant; however, there is some space between the fogger and shroud. One of my co-workers designed a gasket to seal that gap, and I have printed it on my 3D printer. I had to use a material called TPU, or Thermoplastic Polyurethane. It is a flexible, semi-elastic material which makes it great for things like gaskets, but extremely hard to print. I spent five hours getting the settings correct so I could have a smooth print, but it was ultimately worth it! The prototypes, however, are just that. The disinfectant being used is extreme and will eat up TPU and many other plastics. Therefore, I had to find a viable material to make the gaskets out of.

Silicon is a great non-reactive, flexible, and semi-elastic material. It can withstand harsh conditions. My boss wanted the part to be 3D printed, so I did some research on 3D printing silicon. It is a difficult process and is extremely new technology, but it is quite interesting! I ended up finding out that the cheapest option was to injection mold the part, and even that was too expensive for a few prototypes. That part has been put on hold.

I am finally up and running with 3D Experience, and I do not like the program. The concept of a cloud-based system to share files around a company is a good idea, but the execution is terrible. Autodesk’s cloud-based system is far superior.

I am continuing to grow my Solidworks skills by completing the built-in tutorials. I will write response papers on some of them, explain what I have learned, and how it is useful.

Along with growing my Solidworks skills, I will continue my project with Build With Robots, learning much more about robotics, engineering, and more.

DISCLAIMER: I have signed a non-disclosure agreement; therefore, I cannot give out details about the projects I am working on. I will speak in loose terms, giving high-level explanations of my accomplishments.

COVID-19 threw a wrench into the system, causing a full stop and a redesign of my Odyssey project. My internship at the AFRL working with CubeSats, the team I was building, and funding all fell through, and I had to change course. I used the summer to find opportunities in aerospace, robotics, or engineering, and I landed an internship with a company called Build with Robots. They are a small company working on a robot called the BreezyOne, a disinfectant fogger that uses sensors to map its environment and follow a path through it. While it is moving through an area, it vaporizes disinfectants to reach into every corner, and a cleaning crew comes in after and wipes down high traffic areas. It’s a COVID Roomba.

I have been lucky enough to work on this robot, helping to improve and finalize designs. Using my Solidworks skills, I can make revisions to existing parts to solve problems and fix kinks in the system. One of the most useful revisions is the addition of wires to help visualize which components are connected to other parts, the holes they need to pass through, and the overall layout of the electronics bay, the part of the robot where most of the computational electronic components are held. Knowing which direction certain wires enter an area can help one find the most effective layout for the electronics, minimizing excess wiring, crossing, and making sure everything is included. I had to use some new techniques in Solidworks to create the wires and took advantage of geometry to find the length of each wire. It was a fun experience, and my work is already being put to use by the team.

I also spent a lot of my time learning about 3D Experience, a cloud platform created by Solidworks to make CAD files easily accessible. However, this program has many issues and can be more of a challenge than a help.

I am continuing to help with the design of the electronics bay, and I am growing my Solidworks experience.