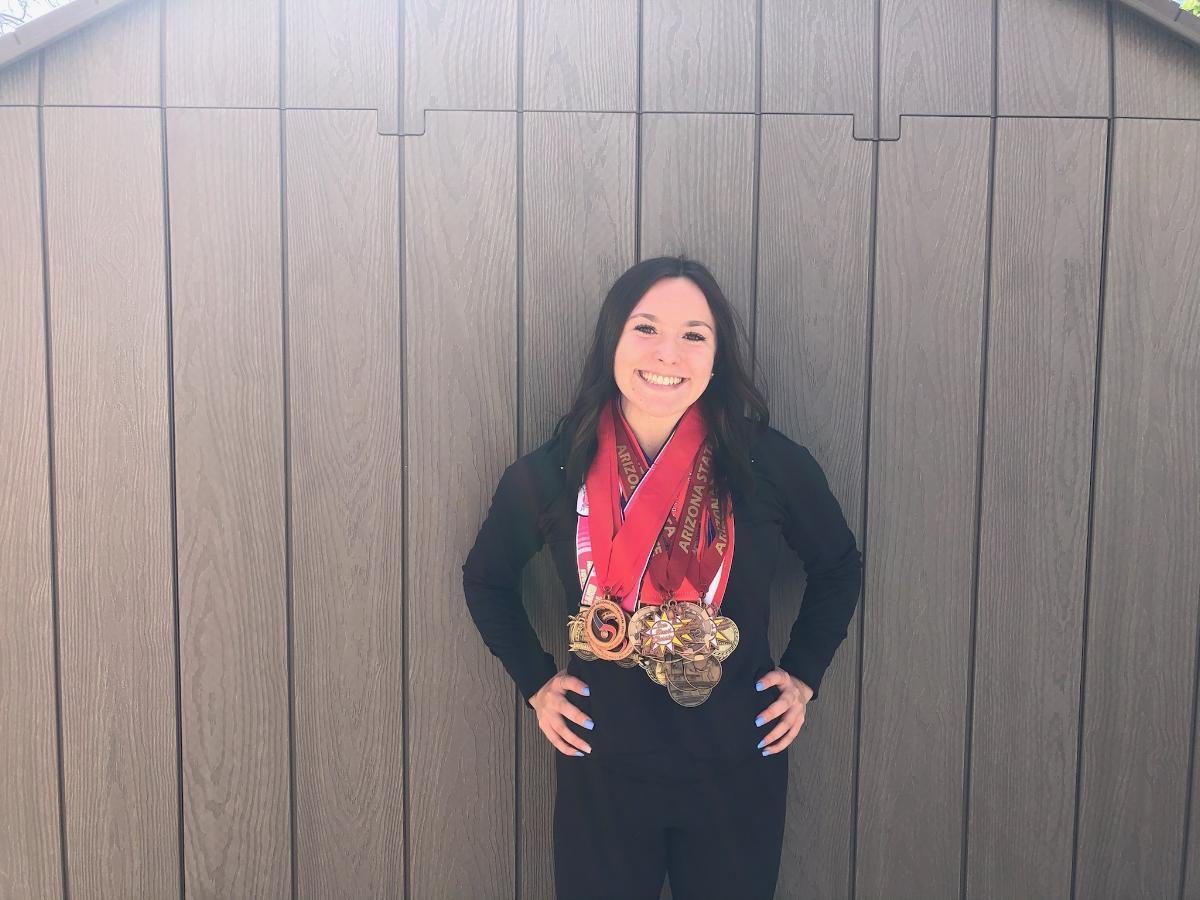 A Plan is in Place

January was full of planning for my Odyssey project. Since day one, I have always been confused and stressed about the end-product of my project, but with the help of my Odyssey teammates and my teachers, I know what I’m going to do now. I have decided to create a sports video composed of interviews, sports clips, and Google slides that will bring my project altogether.

Covid hit the United States so hard, and it affected athletes most of all. I have been interviewing many athletes, college and high school, to find out how they felt about their sport being taken away from them. Every state and every sport has been affected differently. Take Texas: they started sports in the fall like they usually would, whereas New Mexico is very behind schedule. The mental health of many athletes has been at risk for some time now. Seasons have been constantly changing, but hopefully, things will start to look up.

Finally knowing how I will approach my Odyssey project is such a relief, and I am excited to see what the final product will look like.

2020 was a very stressful and different year. This year affects all students, teachers, medical professionals, and athletes. For the next semester, I am planning on incorporating Coronavirus 2020 into my project. The virus took out more sports than I can count and so many seasons. Because of that, I will be interviewing collegiate athletes, high school athletes, coaches, and doctors/medical professionals around the United States. I am very excited about the direction I’m taking this in and I know that this will all come together even better than I had hoped for a final project.

October--not only for me but for all the students in the Odyssey program--was very stressful. This year has been so tough. Being online is hard, but the workload, college applications, college recruiting questionnaires, and finding a study you’d like to major in has been insane for me to handle.

My college process has included questionnaires, emailing back and forth with coaches, Instagram posts, YouTube channels, and then the application and essays. It has been so stressful, and the only words of wisdom I can give anyone is to start the recruiting process and emailing process in the sophomore year. If I would have started then, I would be much more confident than I am right now. Thank goodness Odyssey taught me to stay organized or I would not be where I am.

During the month of October, I was not able to work on much for Odyssey besides my interviews. My sources have been getting back to me, which is much appreciated. I have been learning so much about the athlete’s psychology. An athlete’s psychological response can involve so many things, such as pressure, injuries, and self-doubt, and I’m looking forward to learning more about it.

Anterior cruciate ligament (ACL) injuries can be very tough on an athlete's physical state and on their mentality. This can cause major psychological effects and major psychological downfalls, such as anxiety and doubtfulness. Based on an article/lab I read, a total of 635 athletes were put under a test. Doctors and scientists looked at multiple factors that could play into the recovery, such as past injuries, the sport they play, gender, age, symptoms of pain, and how the athlete moves/functions. The results were very interesting to me because it stated that “Univariate analysis for the entire group showed that all of the following had a positive effect on psychological readiness: male sex (β = 5.8; 95% CI, 2-10), younger age (β = -0.2; 95% CI, -0.4 to 0.01)” and “The only difference between the groups who had and had not returned to sport was that female sex was a significant contributor for the nonreturn group.”

This is interesting because a major factor in and stereotypes about sports is that males are stronger than females, which in some cases is true. This almost proves that the recovery time relating to males and females is completely different, but other factors play into the non-return of females, such as anxiety of return, fear of reinjury, and perfectionism.  I completely agree with these factors because females are perfectionists and multitaskers. It’s our strong suit. It even states in the conclusion, “Self-reported symptoms and function were most associated with psychological readiness to RTS after ACLR surgery. Male patients who participated frequently in sport before ACL injury had higher psychological readiness. Conversely, female patients had a more negative outlook and may therefore benefit more from interventions designed to facilitate a smooth transition back to sport.”

This clinically shows that females are more likely to want to take things slowly while returning to sports to make sure that there is a safe outcome. I can personally prove this because when I was coming back from my injury (four fractures in my right ankle), I was so upset and worried I would reinjure something. When the smallest tweak happened, I would be so scared that something bad was happening again. As much as I wanted to get back to my sport, I did want to take it slow due to the fear factor involved in the recovery process. This article was very informative, and although it was short, it was a lab that was easy to follow and proved some major points that piqued my interest even more in the recovery process.