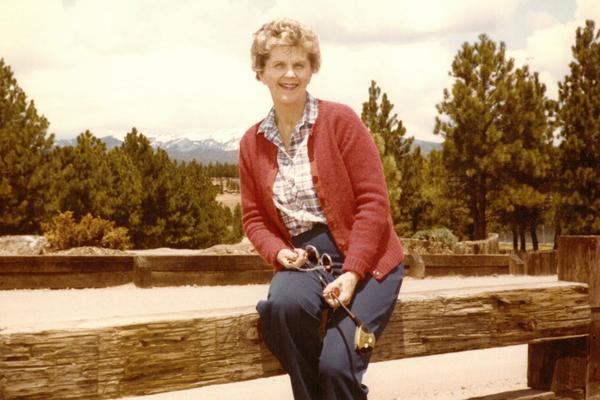 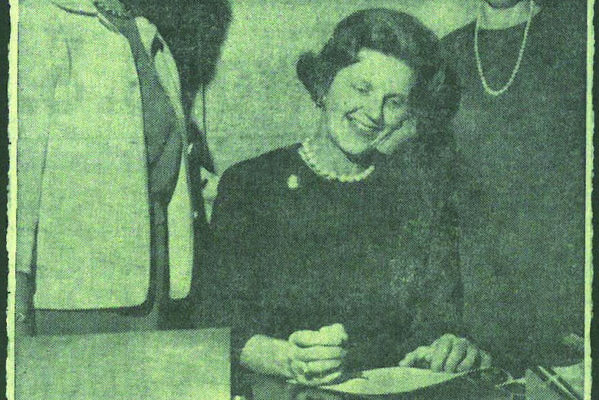 An Albuquerque Journal photo from 1966 in which Barbara Young Simms signs the charter for Sandía School. Sandía School would become Sandia Preparatory School in 1976. 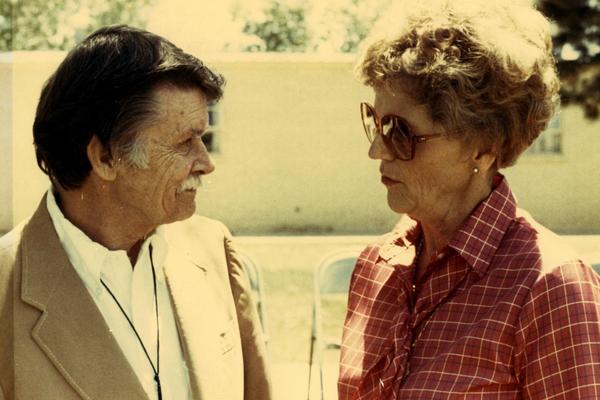 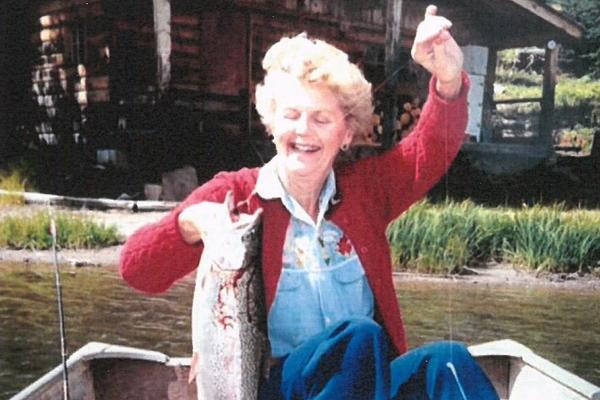 Private photo from the Simms family. 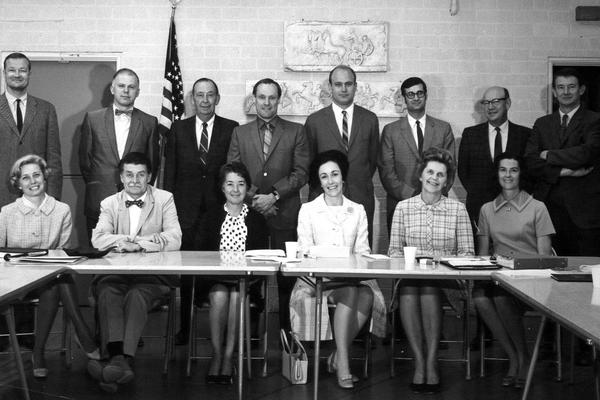 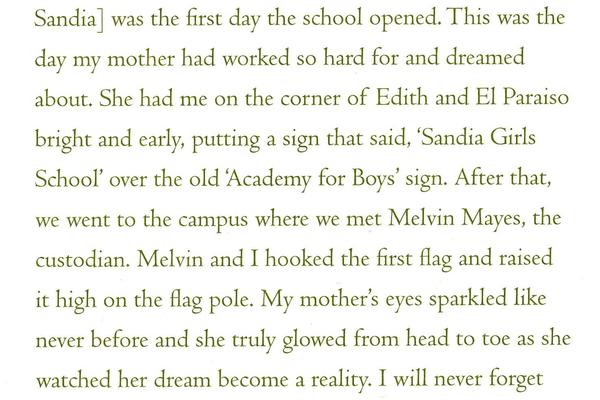 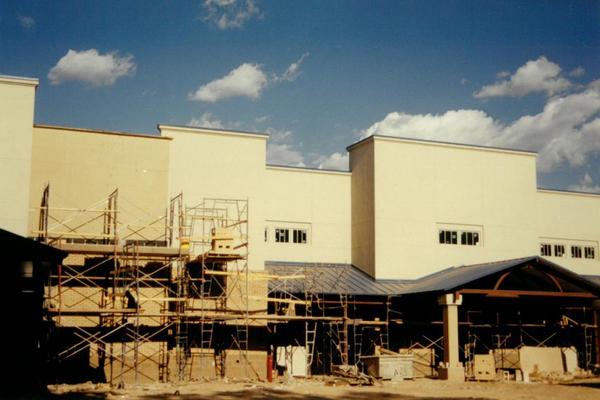 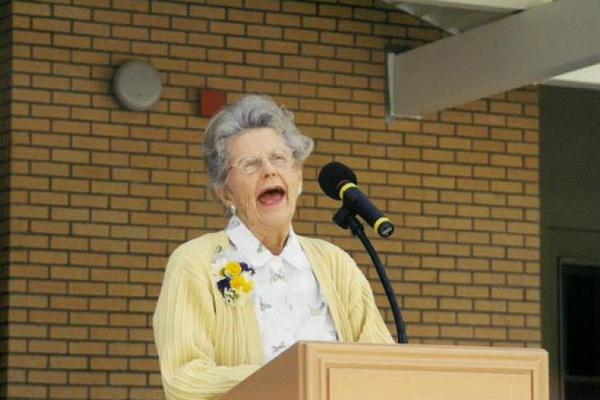 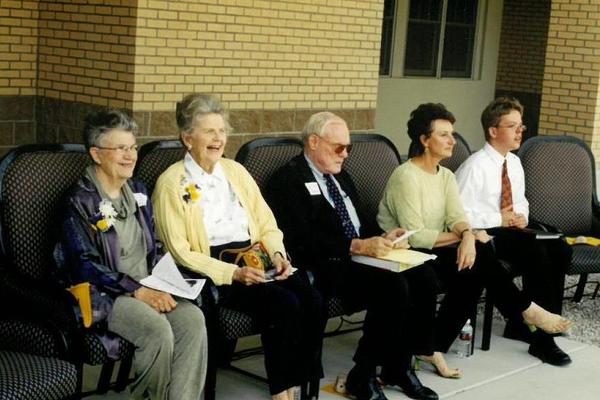 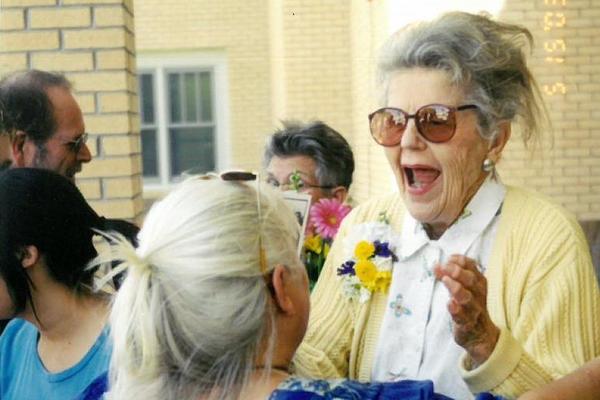 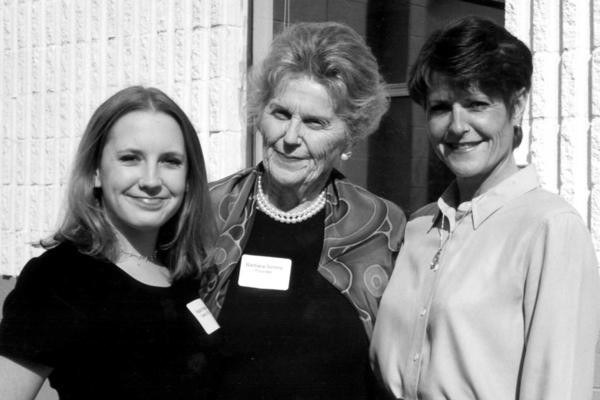 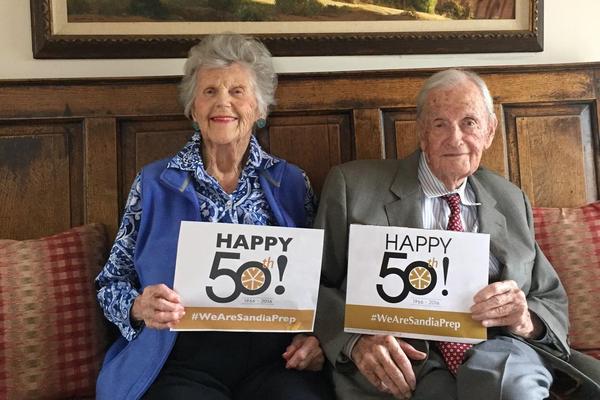 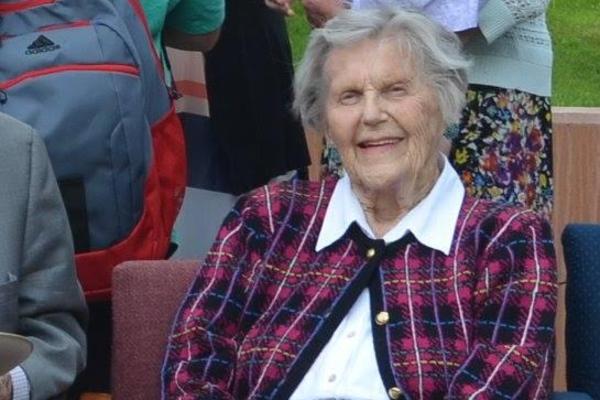 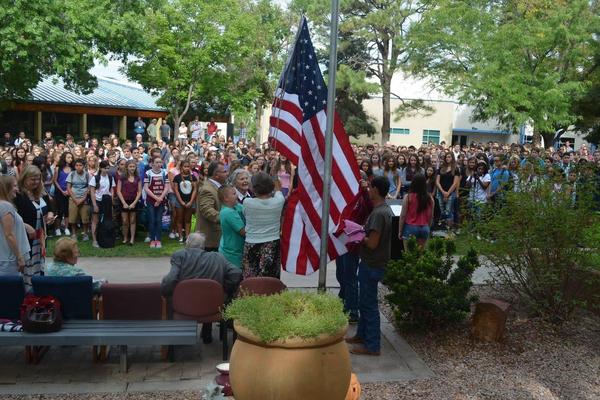 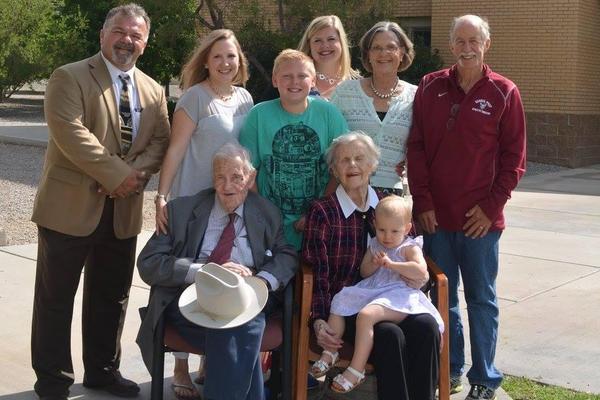 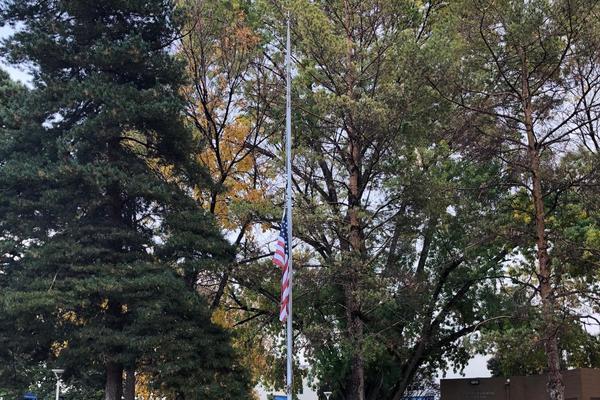 To honor the passing of our founder and matriarch, Barbara Young Simms, Sandia Prep's campus flag will be flown at half-staff until Friday, November 2, 2018. 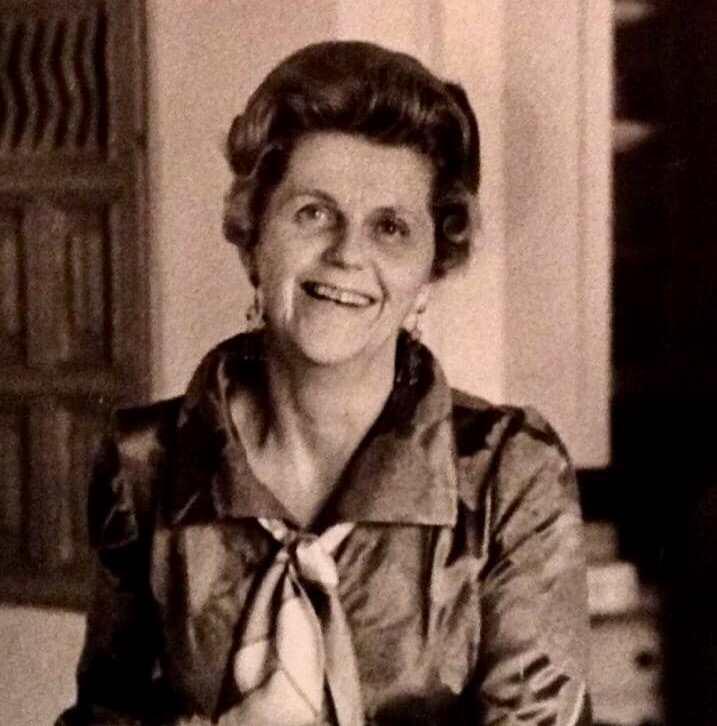 A message from Sandia Prep’s Head of School Bill Sinfield:

"Dear Sandia Prep Community, I must share some very sad news with you. On Saturday morning, our founder and matriarch Mrs. Albert G. Simms II passed away. She was an indomitable spirit whose life journey was spent in the service of others. It was my pleasure to spend time with Barbara on occasion – though not nearly enough. She had a great sense of humor, and her smile was contagious. Barbara was the kind of person who made everyone she spoke with feel incredibly special. Barbara founded our school in 1966. She loved the school dearly and was very proud of what we have become."

The following passage is reprinted from the program shared during Sandia Prep’s 50th Anniversary celebration:

Barbara was born in Chicago, attended the University School for Girls in Chicago, graduated from Albuquerque High School and attended Smith College. Her father was Frank Young, an artist, educator, and owner of the American Academy for Art in Chicago. His wife was stricken by tuberculosis and took the cure in one of New Mexico’s friendly neighborhood sanitariums. Barbara met Albert Gallatin Simms II, Ruth Hanna McCormick Simms' nephew, and the two began one of Albuquerque's great romances.

In her "leisure" time, Barbara started a school on property vacated by the Albuquerque Academy when it moved up to Wyoming Boulevard and Academy Road Northeast. “It seems incredible to me, with five children, that I thought I had time to do this. You know a lot of people wait for you to start the Brownie Troop or the Girl Scout Troop. Why I ever felt I could do all these things, I don’t know. I must have been taking vitamins,” Barbara said. (Mary Field Simms, her youngest daughter, was in the fifth graduating class of Sandía School.)

With support and hard work from parents and believers, a new Sandía School for girls debuted in September 1966 at what is now Osuna Road and Edith Boulevard Northwest. (Osuna was not a road yet and Edith was a country path, part of the high road for the old Camino Real.)

Against a lot of odds, the school survived, carrying forward the original Sandía School's traditions of community service, drama, music, academics, sports, and spirit. When the first male student was admitted in 1973, the name “Sandía School for Girls” was no longer relevant, and a new moniker - “Sandia Preparatory School” - was selected.

Today, what began as sort of a frontier outpost, is a sprawling green campus with many buildings and exuberant boys and girls from grades six through twelve.

Barbara Young Simms was active in arts and civic groups and helped local and statewide groups to raise money and build strong boards. Her husband of 75 years, Dr. Albert Gallatin Simms, II, had an active role in the Albuquerque Academy for boys and the two of them have been longtime supporters of independent education. The couple made their home in Santa Fe, New Mexico. Barbara and Albert had five children, 14 grandchildren, and 13 great-grandchildren.

It is with special thanks that we acknowledge Susan Walton ’72 and Mo Palmer for their contributions to this article.