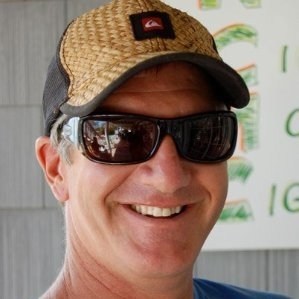 Kim Merritt '87 is a Radiation/Laser Safety Officer working with NASA Langley Research Center in Hampton, VA. He said, "I have been fortunate to work on numerous projects involving the use of lasers for climate science from aircraft and satellites as well as the laser docking system for the International Space Station." He was interviewed by Discovery Channel Canada about radiation shielding techniques for human exploration of the outer planets. Kim served in the U.S. Navy for six years. In his spare time, the Sundevil enjoys playing beach and sand soccer, surfing, and brewing beer.