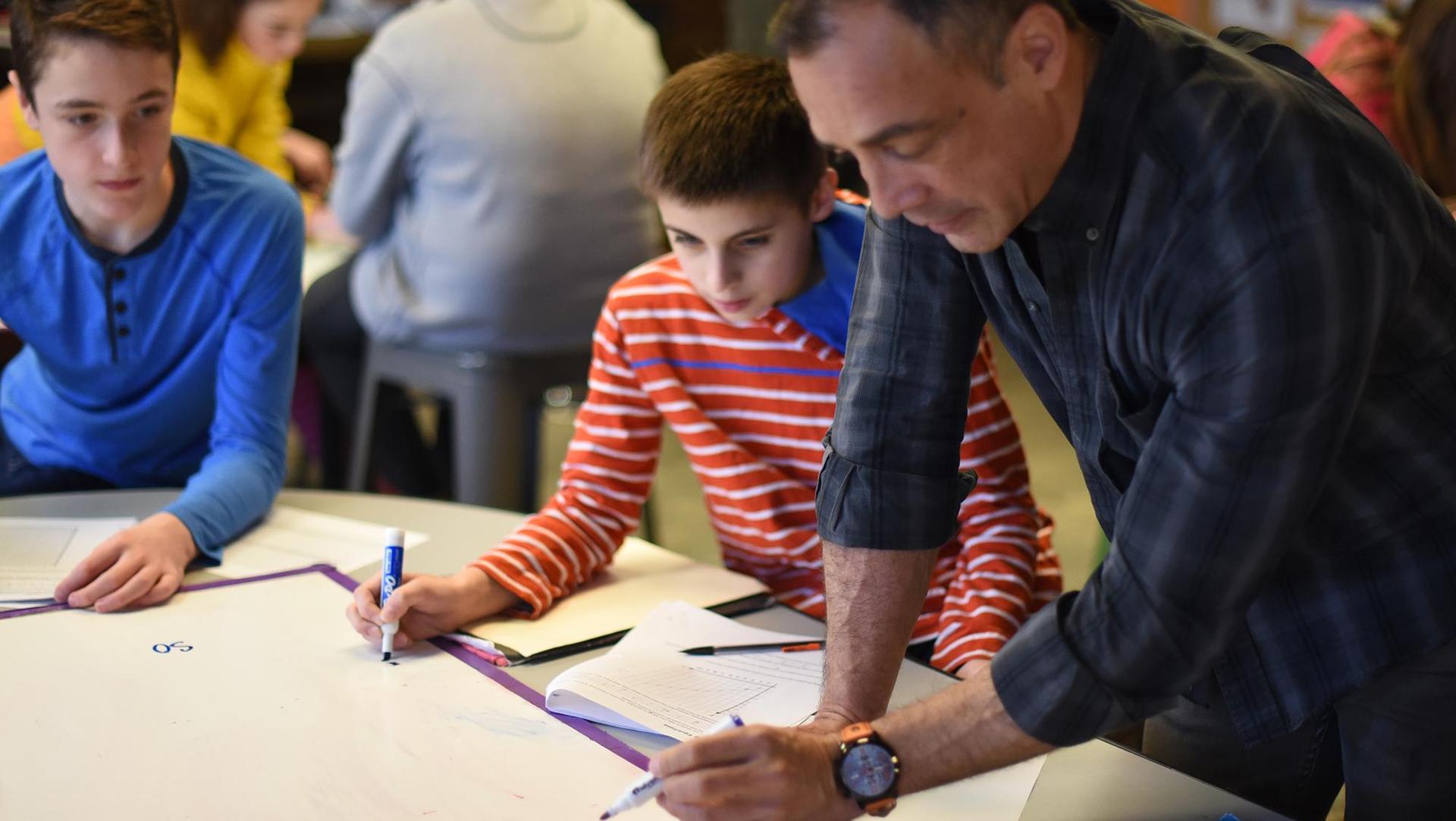 In this popular full-year elective, sixth- and seventh-grade DareDevils develop products, ideas, and projects to help communities. In the Sandia Prep DesignLab, they practice creative, critical, and constructive processes that teach everything from design and engineering to teamwork. Check out what's happening in our DareDevil Design classes in the updates below:

The latest DareDevil Design assignment asked students to redesign a wheelchair into a more dynamic piece of assistive technology that could, for example, adapt to the conditions of a hike, complete with off-road conditions such as steep inclines, declines, and uneven surfaces. The class was lucky to have Mr. Travis Davis as a consultant as they worked to design a more accessible world. 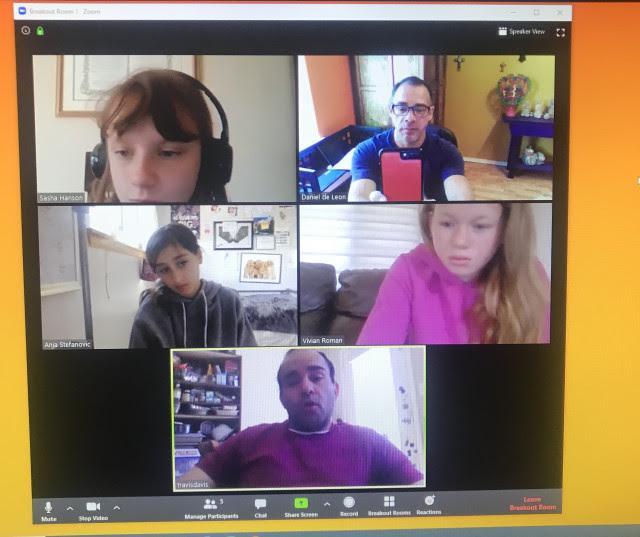 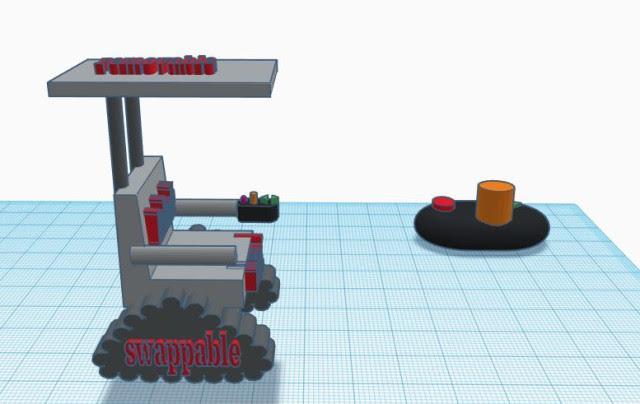 Alumnus Nima Jamshidi, a rocket scientist with Blue Origin, expressed how Prep's DareDevil Design students and generations after them will save our planet and shape the future of life in space. The video call with our 2000 graduate covered everything from reusable rockets and using water as fuel to affordable spaceflights and growing food on Mars.

Founded by Jeff Bezos, Blue Origin is on a mission to build "a road to space so our children can build the future." The organization is hoping to accomplish this through things like reusable rockets and in-situ resource utilization.

Our 7th-grade DareDevil Design students will be visiting Mr. Jamshidi at Blue Origin's home base in Seattle during spring break, where they will see the construction of rockets and learn more about surviving in space.

The video call is just the beginning of Mr. Jamshidi's mentorship of our aspiring engineers. He says he hopes to "inspire the next generation to go into STEM careers." 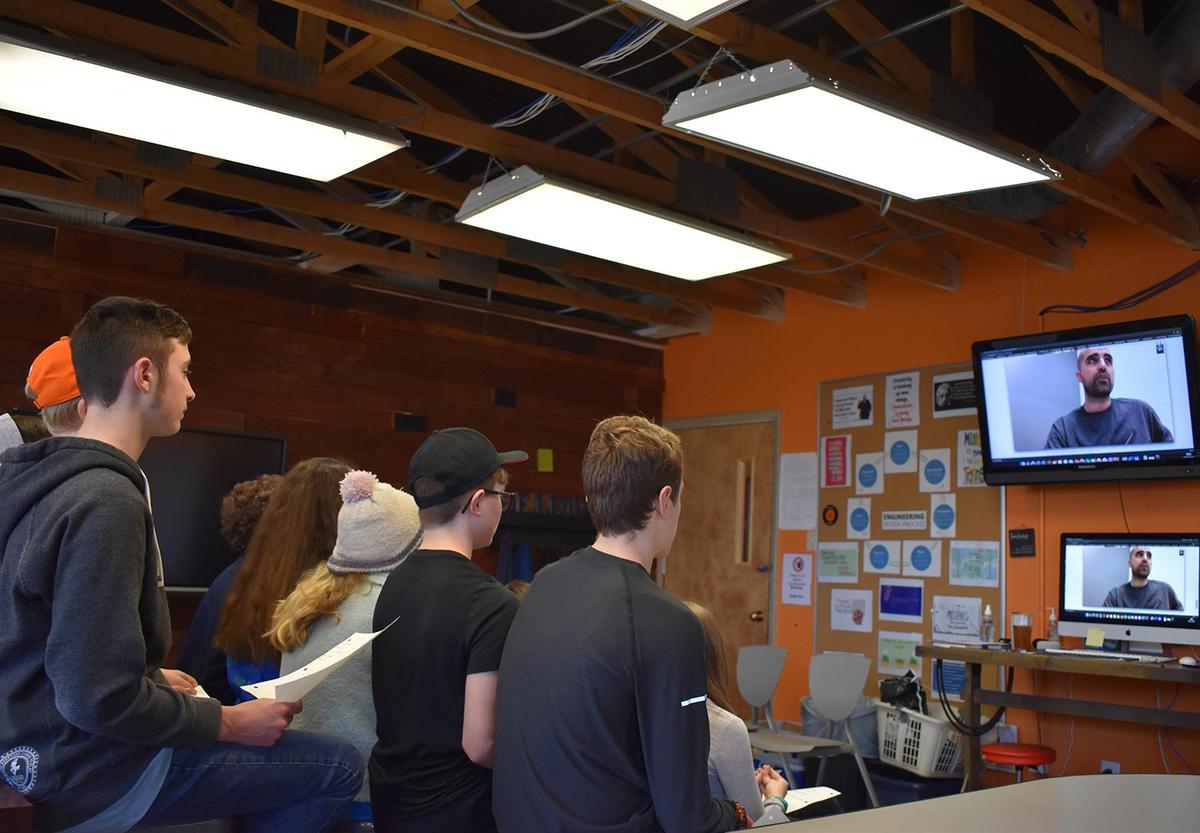 Thanks to some messy pigeons at Kirtland Air Force Base, sixth- and seventh-grade students in Sandia Prep's DareDevil Design class recently garnered high praise and a surprise check.
Hangars where the Air Force houses and maintains the V-22 Osprey are being overrun with pigeons and their droppings. As part of the Air Force Research Lab's (AFRL) Enterprize Challenge to solve this issue, the DareDevils brought prototypes to the base and questioned military personnel about the poop problem.
The pigeons and their droppings have created major health hazards for the Air Force personnel as well as aircraft maintenance problems (for instance, the droppings destroy the paint on the aircraft). Air Force personnel are using over 150 hours per month to keep the pigeons and their mess at bay, which has become unsustainable and is detracting from their primary responsibilities of maintaining and fixing aircraft. The challenge called for participants to come up with an out-of-the-box solution that did not include netting or harming the pigeons.
The top two DareDevil teams traveled to the Lobo Rainforest as special guests at the final round of the challenge. One team presented a concept for a pigeon re-homing system that would humanely entice the birds to leave the hangar and relocate to an artificial habitat off base. The second team presented a concept for a robotic radio-controlled (RC) owl placed on a magnetic levitated track in the hangar rafters. The robotic owl would engage when pigeons appear in the hangar and move along the track, making it undesirable for the pigeons to roost.
The AFRL committee was so impressed with the work and solutions both Prep teams innovated and presented, they felt it warranted an opportunity to pitch alongside the top three start-up companies. Afterward, the DareDevil teams were surprised and presented with a check in the amount of $500 to go toward the DareDevil Design program as a recognition of the work and innovation they put into their solutions. 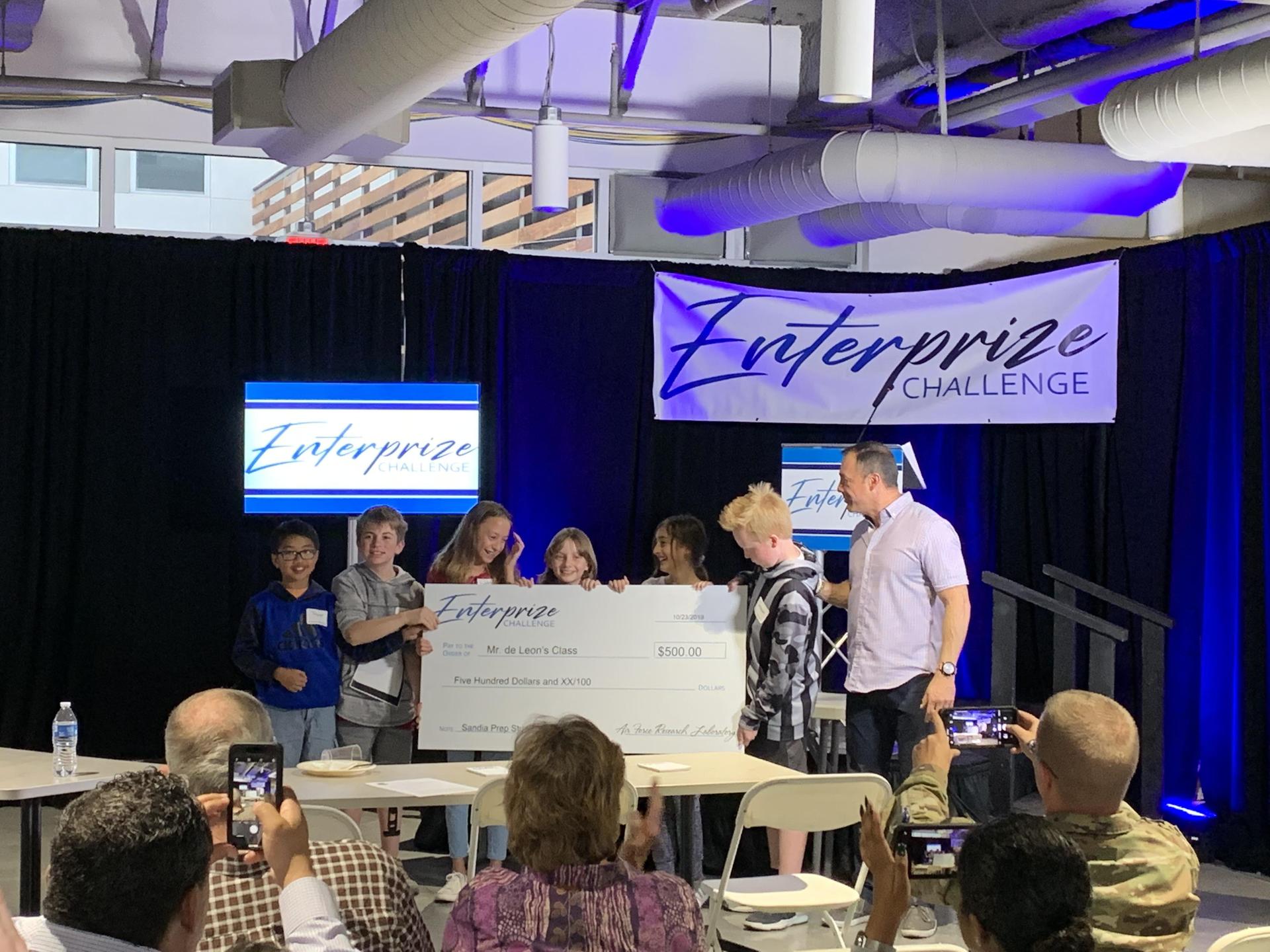 The sixth- and seventh-grade DareDevils headed downtown recently to check out the Discovery STEM Festival. Students spent the morning at hands-on, interactive booths that included an escape room, robotics and coding, medicine, and drones and military technology.

As part of the Lantern Project, DareDevils practiced the methodology of Design Thinking - principally, determining how and why they want to help a certain demographic or group of people in need. Students gave short presentations explaining their empathize process.

DareDevil Design students met recently to go over their ideas and solutions for Future City projects with Ross Pino, Maintenance Superintendent for the Chama Water Treatment plant. They learned the current processes and technology used to take water from the Rio Grande and make it potable. They gathered tips on how to improve their own prototypes for devices to produce clean drinking water, and later took a field trip to the water treatment plant.

The best middle school engineering design teams in the state converged on the University of New Mexico School of Engineering to see who had the most viable solution to innovating a resilient drinking water supply to a city 100 years in the future.

The DareDevils were represented in three teams: Team Rio Grande (7th grade), Team Trees (6th grade), and Team Faucet (6th grade). Team Rio Grande (Issabella '25, Sydney '25, Nora '25) made it into the top five final round. These young ladies presented to and were questioned three times by a panel of six judges made up of engineers and scientists. They controlled their nerves, applied their public speaking skills, and answered every question with ease and like pros.

For their efforts, Team Rio Grande earned third place overall. With fifteen schools and more than thirty city models competing, this was no small feat. The DareDevils' ingenuity and creativity also were recognized as Team Faucet received a special award for Best Creative Use of Recreational Area. Team Trees received a notable award, Best Land Surveying Practices, as determined by a special judge representing the National Council of Examiners for Engineering and Surveying. Along with a certificate of recognition, each team won $100 to spend on a celebratory pizza and ice cream lunch. Congratulations to all the DareDevils!