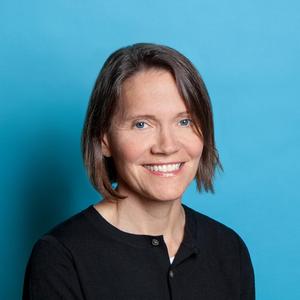 Former Sandia Prep Teacher Heather Mock to be Next Head of School
Watch KOB’s news segment and interview with Sandia Prep’s Next Head of School Heather Mock.
Sandia Preparatory School is elated to announce that Heather Mock has been chosen as the next Head of School. After a rigorous vetting process, the Sandia Prep’s Board of Trustees unanimously voted to hire Heather. She succeeds Bill Sinfield, who joined Prep in 2015 and will retire in summer 2022.
Heather’s experience as a teacher, administrator, and coach, as well as her warmth and ingenuity as a school founder and leader, were what made her Prep’s top choice from a very competitive pool of candidates. Heather began her career in education at Sandia Prep nearly 30 years ago, teaching social studies, English, and drama. She also coached volleyball and led trips for Prep’s Outdoor Leadership Program (OLP). Heather’s desire to return to her Sandia Prep roots helped convince the Search Committee that she’ll be the consummate leader for the future of the school.
Most recently, Heather was the founding Head of School at Compositive Primary in Aurora, CO. Prior to building Compositive Primary from the ground up, she was Associate Head of School and K-8 Director at Dawson School in Lafayette, CO, where she oversaw 270 students and 45 faculty members. During her tenure there, Dawson saw record levels of applicants, student retention, and parent engagement. Before Dawson, Heather was Upper School Class Dean at Kent Denver School, where she nurtured students’ academic achievement and personal development, serving as the main administrative point person for the school’s families.
Heather earned her bachelor’s degree in art history from Princeton University and her master’s degree in elementary education from Teachers College at Columbia University. She is also a graduate of the National Association of Independent Schools’ (NAIS) Aspiring Heads Institute. Heather is married with two teenage children, is a marathon runner, has performed in community theater productions, and has been a certified Wilderness First Responder.
Todd Sandoval, Chair of the Sandia Prep Head of School Search Committee, noted that “In Heather, we believe we have found an insightful, caring leader who exemplifies the school’s mission. Heather is an ideal fit for Sandia Prep and its unique culture and community.” Her ethos is nestled in the belief that “It’s almost impossible to engage students’ heads and hands without first engaging their hearts.”
Regarding her selection as Sandia Prep’s next Head of School, Heather states, “I am thrilled and honored to join the Sandia Prep community as its next Head of School. I began my career here 26 years ago and truly internalized the mission of the school to put the joy of learning and living at the center of everything. This philosophy has guided my every decision as a teacher and as a school leader. When I visited the Prep campus in late August, I felt like I was coming home. The same strong sense of community that I remember pervades every corner and came through in every conversation I had, whether with parents, faculty, or students. People simply love the school, and it’s easy to see why.”