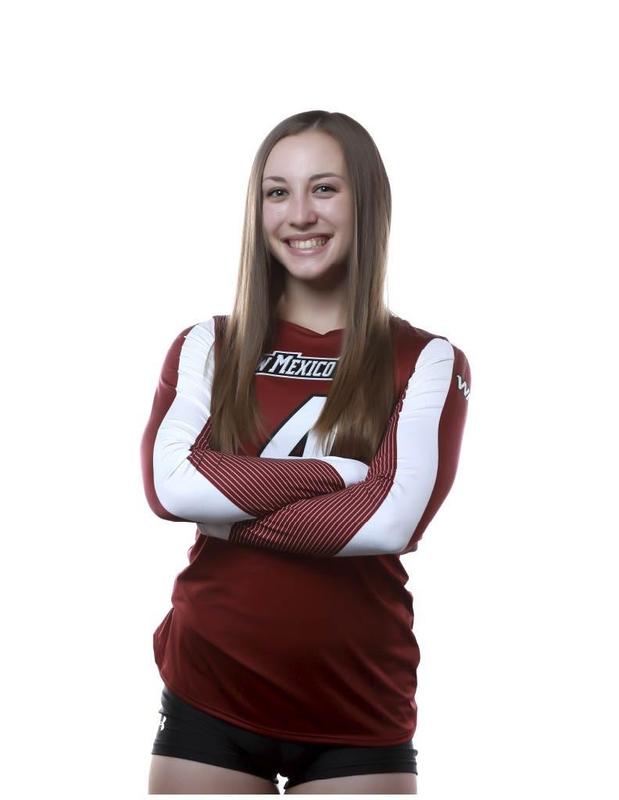 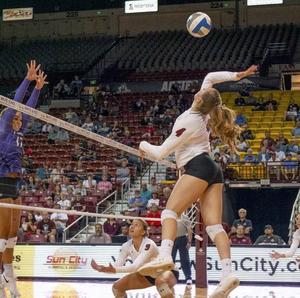 Catherine “Cat” Kelly ’18 was part of a dream volleyball team: A star-studded squad that “made a splash,” as she puts it.

During her time at Sandia Prep, she and her teammates brought home three -- count ‘em, three -- state championships.

“One year we even beat every other state champ (from 2A through 6A) in our own Field House.” she says. “Thrilling.”

Among those talented players, Kelly was singled out for Gatorade Player of the Year honors -- twice.

“It felt really special to be a part of a team that made Prep’s athletic history,” Kelly explains.

Those triumphs didn’t happen in a vacuum, she adds. “Countless Sundevils supported us on every level and, over the years, we encouraged each other through thick and thin. We showed up for each other,” Kelly says. “It may sound corny, but love was at the heart of our success. We loved the game and we loved each other, and we felt loved by our community, family, and friends.”

That wide-reaching support is what Prep athletics are all about, and it’s what launched Kelly into her successful collegiate volleyball career at New Mexico State University, where she’s majoring in marketing.

“In my two years with the program so far, we’ve clinched two WAC (Western Athletic Conference) championships and gone to two NCAA (National Collegiate Athletic Association) tournaments,” she says. “And, in our strange, pandemic spring season, we’re on track to do it again.”

While Kelly loves competitive programs and testing her tenacity, her favorite collegiate sports moment so far involved a simple expression of support during an ordinary, regular-season match.

“It was a tense, close match and there was a scramble play, so our libero had to set me the ball from all the way across court,” Kelly recalls. “In my head, I thought, ‘Okay Cat, just sprint to the ball and hit it in,’ and I ended up cutting the ball and landing it in the corner pocket.”

Right after the point, Kelly’s coach barked her name. Rattled, thinking maybe she’d done something wrong, she ran over. “He gave me a big, heartfelt high five, right there, in the middle of the set,” Kelly says. “This may sound like nothing, but it was absolutely something. This was a highlight of my career so far because my coach is highly selective with praise and downright stingy with his high fives. That one meant the world to me and still does to this day.”

Kelly’s collegiate career hasn’t been without its challenges: Injuries and their lingering effects have plagued her.

In 2019, Kelly sustained a hamstring injury mid-season, and her leg hasn’t been the same since. Still, it’s also brought some unexpected insight.

“I often wonder if I should have red-shirted instead of ‘playing through the pain,’” she explains. “As an athlete, it’s not always easy to distinguish between the pain you can play through and the pain that should prevent you from playing. And every athlete wants to play.”

The resulting physical therapies have become part of Kelly’s life. “They are painful and often tough to manage,” she admits. “I fight through pain every single day, and that really takes a toll on a person both physically and mentally. If I could give anyone with an injury any piece of advice it would be this: Be tough enough to take care of yourself. If you get too tired of pushing through the pain, be real. Take time to heal; learn to rest, but never, ever give up.”

And although Kelly says it’s not easy to balance athletics, academics, and life, she wouldn’t have it any other way. “My extraordinary experiences at Prep propelled me to keep at it,” Kelly says. “I’m so grateful. I’m still loving it.”