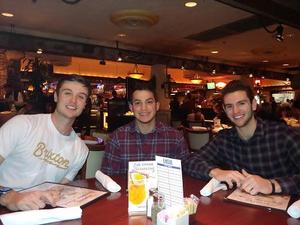 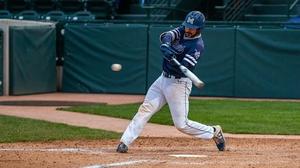 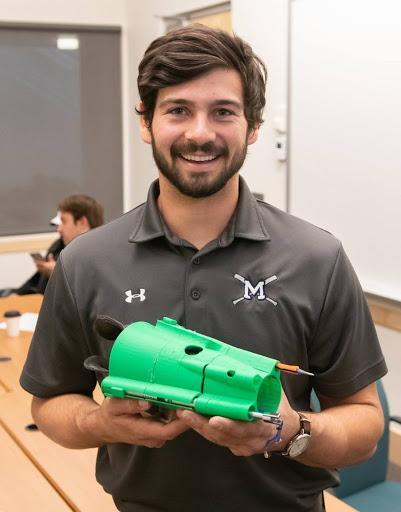 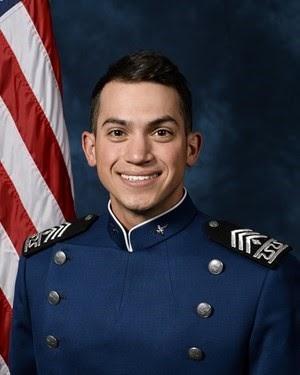 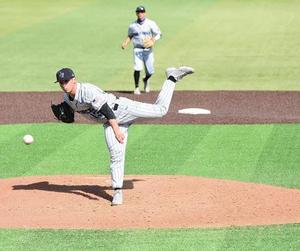 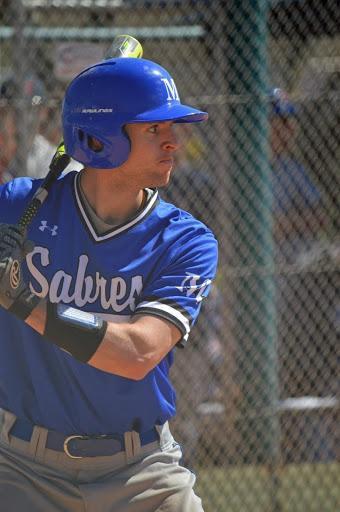 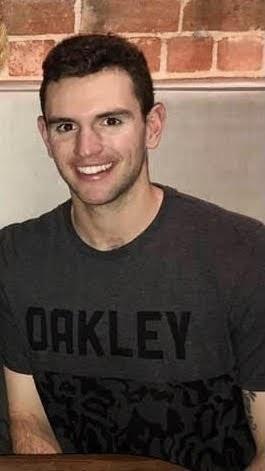 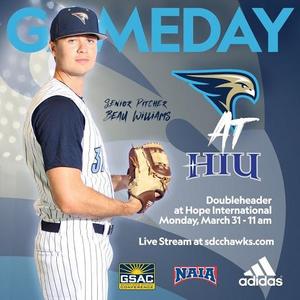 On a Saturday afternoon in May 2015, Sandia Prep captured the State 4A Championship baseball crown when sophomore pitcher Joe Martinez III threw an exciting, nail-biting, perfect game. His catcher, senior Mikey Gangwish, and junior outfielder Mike Snow, along with the rest of the scrappy Sundevil team, helped make it happen.

The following year, the Sundevils did it again, snagging the Prep baseball program’s first back-to-back championships.

For most athletes, such achievements and the end of high school signal the finish to their athletic careers. But for Gangwish, Snow, and Martinez, their adventures in baseball have not only continued but flourished -- thanks in large part to the discipline and mentorship they received from then-Head Baseball Coach Paul Huitt and Prep’s no-cut athletic program.

“My time in the Sandia Prep baseball program gave me the foundation to get to the next level and then excel,” explains Gangwish. “Coach Huitt is still a close friend and mentor. I wouldn’t be the player or person I am today without him.”

Gangwish ’15 holds a B.S. in Mechanical Engineering from the Colorado School of Mines, where he excelled as both a student and an athlete. He was part of the first team in Mines history to reach an NCAA regional tournament -- and then they did it a second time.

His junior year, he was named Player of the Year in the Rocky Mountain Athletic Conference. He also was named an All American as well as an Academic All American.

He closed his career as Mines’ all-time leader in home runs and runs-batted-in (RBI.)

In 2018, Gangwish played in Alaska for the Anchorage Glacier Pilots, and in 2019, he played pro ball for the Ainslie Gungahlin Bears Baseball Club in Australia. He also played three years of summer collegiate baseball for the Hays (Kan.) Larks and was honored for being one of that league’s best ambassadors.

Now, Gangwish is training for a professional baseball season with the Evansville (Ind.) Otters in the Frontier League, the country’s largest independent professional league and a partner league of Major League Baseball (MLB.)

Gangwish has hopes of playing in the big leagues.

“My time in athletics has taught me many things, most importantly accountability,” Gangwish says. “Accountability includes being on time, being a part of the team, and putting others before your own personal desires.”

Snow’s post-Prep baseball adventures have been far-flung as well. He played for Augsburg University in Minneapolis and Eastern New Mexico University in Portales before landing at Marian University in Fond du Lac, Wis.

Summer league play included stints in Colorado, Ottawa, Can., and North Carolina, where he was named an Old North State League (ONSL) All Star and helped lead the Guilford Lumberkings to an ONSL championship in 2020.

Now in his senior season at Marian, Snow ’16 recently was named a Northern Athletics Collegiate Conference (NACC) Player of the Week.

“I was able to play for one of the best coaches in the country in Paul Huitt,” Snow says of his time at Prep. “His mentorship allowed me to become the person and player I am today.”

In fact, after he graduates from Marian, Snow plans to follow in Huitt’s footsteps and explore a career in coaching, although at the collegiate level, where he’s currently applying to graduate programs.

Meanwhile, he’ll spend the summer of 2021 as head coach of the Edge Baseball Training 17u team in Verona, Wis. He’s also working as an Area Scout with the Southern Shores Professional Baseball League, helping players reach their dreams of playing professional baseball.

“I’ve had many great coaches over the years that have helped me both on and off the field,” Snow said. “I want to be a similar positive influence on young men, and coaching gives me the perfect opportunity to do that.”

Martinez ’17 has continued his winning ways as a pitcher for the United States Air Force Academy. Earlier this spring, he was credited with the win in a relief appearance against #7 ranked Louisiana State University in a comeback upset. It was Air Force’s first win over a top-10 ranked team since 2010.

In another highlight, Martinez came in as a relief pitcher in a close situation against rival Army West Point, with bases loaded and no outs.

And although they’re far from the only Prep alumni to extend their athletic careers, it is unusual to have so many from one team continuing to play and making their marks, Huitt says. Beau Williams ’16 is another member of the back-to-back championship teams who’s also still playing, pitching for San Diego Christian College and working on his master’s degree.

“I think it’s amazing that four kids from Prep are involved in collegiate or professional baseball and contributing to their teams,” says Huitt, who still coaches Prep middle school sports and teaches P.E. “That’s a tribute to them more than anything. Over the course of 15 years or so, they put in a lot of time. As they got better at the game and got older, it became year-round for them, lifting and taking care of their bodies.”

Because Prep recognizes the emotional and physical benefits of sports, the school has managed to offer athletics to both middle and upper school students even during the COVID-19 pandemic, Huitt added.

Though life, school, and baseball have taken them in different directions, the former Prep teammates remain close friends. Gangwish, Snow, and Martinez get together often in Albuquerque to practice and maintain their skills.

“We built a great brotherhood, and that lasts a lifetime,” Snow explained. “I will always keep up with Huitt and the boys and hope for their happiness and success.”

Huitt added: “Prep fosters those types of relationships between the student body and the staff, and that’s absolutely a contributing factor for these kids.”

Still, he’ll be forever grateful for his athletic experiences at Prep. “I made lifelong friends in between the chalk lines at Sandia Prep, and I created many of my favorite memories there as well,” Martinez says. “Every problem I encounter can be solved through leadership and life lessons I have learned on the baseball diamond. I learned the tools and work ethic I needed to succeed at the next level from the amazing people I met through Prep baseball and the Sandia Prep family, and I am forever grateful for my time spent at Sandia Prep.”