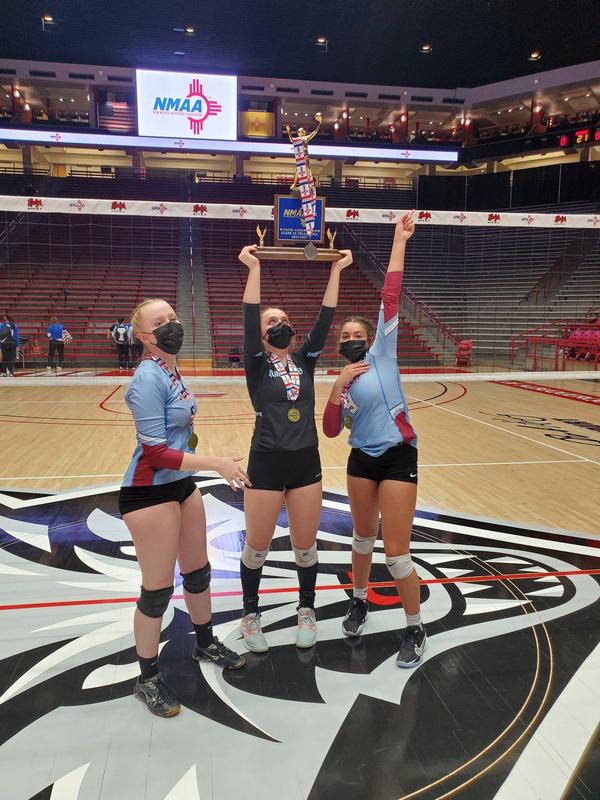 Sandia Prep's girls volleyball team seized the Class 3A crown on Friday in the Pit, defeating No. 1 seed Socorro. The Sundevils won 25-14, 25-21, and 25-21.
As Sandia Prep coach Audra Gentry told the Albuquerque Journal, “It’s great to be back on top. But it wasn’t an easy road at all. I’m just really proud of them.”
It was Prep's first volleyball championship crown since 2017.
Prep has three seniors on the team -- Kirschtin Kinberger '21, Maryah Burrell '21, and Hannah Singleton '21.“We played at the highest level we could,” Kinberger, told the Journal. “It’s the best way to finish.”
Burrell told the Journal: "We were just on fire. I’m so happy that we actually had a season and we got to finish it on a good note. And a high note.”