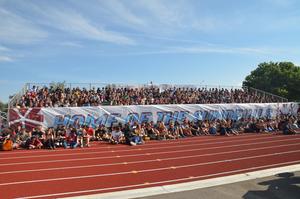 For the second year in a row, Sandia Prep has been awarded first place among 3A schools in the coveted Subway Director’s Cup, given to top New Mexico Activities Association member schools based on excellence in activities, athletics, and sportsmanship.


Prep was the only top finisher that did not have deductions for the ejection of a player or coach.


The recognition is especially impressive, given that COVID-19 cut short the spring sports season, said Prep Athletics Director Willie Owens. “We are so proud of our student-athletes and coaching staff for this achievement for the second straight year,” Owens said. “We're excited about starting on the path for our third year in a row.”